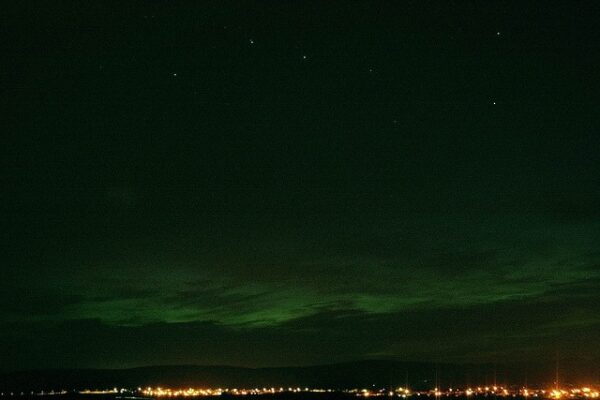 On the evening of the 5th of August 2011 the Aurora Borealis, Northern Lights were seen as far South as Southern England!

At approximately 18:00 Universal Time (19:00 BST) the Earth’s magnetosphere was hit by a coronal mass ejection from the sun, triggering a powerful geomagnetic storm and Aurora.

This storm measured 8 on the K index (aurora richter scale) which ranges from 0 – 9 so this was a big storm.

It is quite common to see Aurora in Northern Scotland, but at approximately midnight, aurora was seen as far south as Berkshire, Wiltshire and Hampshire in Southern England.

I was incredibly lucky to briefly see the pale greenish hue of the aurora through clouds from my back garden in West Berkshire. It is incredibly rare to see aurora this far south and the last time I remember was in 2003.

Unfortunately a lot of people in England and Scotland were under thick cloud and missed this fantastic display, but thanks to fantastic astro photographers such as Raymond Gilchrist (@RayGil on twitter) we are able to see the aurora through his images.

I am unsure of what the rest of the world witnessed, but geomagnetic activity remains high as I write this article, so I hope the sky clears and we are given another fantastic display of this rare phenomenon soon. 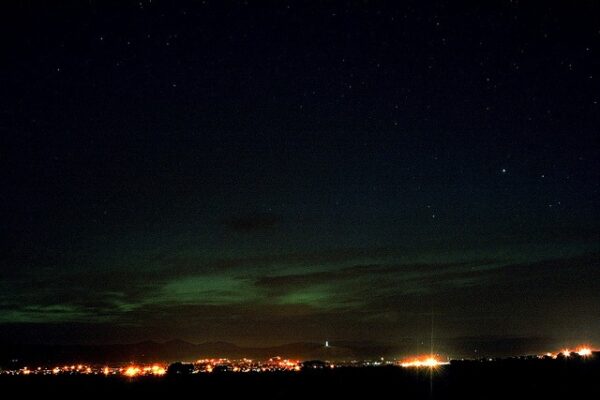