Did You See A Bolide/ Fireball over UK Skies? 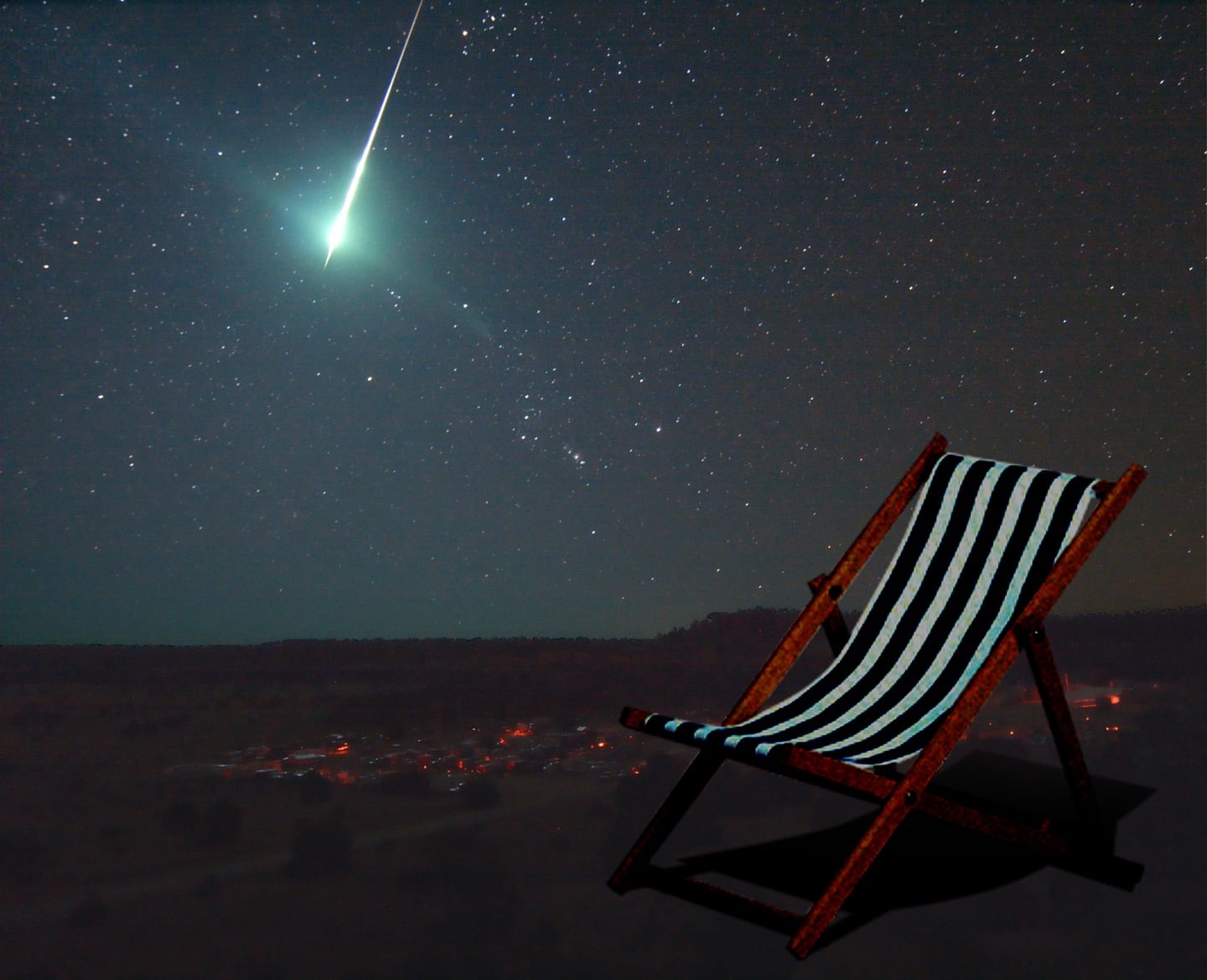 Reports are coming in that people from all over the UK saw a very bright object streak across the sky!

The Object was reported to be incredibly bright with a flash which lit up the ground and then the object streaked across the sky, leaving a bright green tail in its wake!

Unfortunately I missed this amazing spectacle(drat!!!) and the first I herd of it was from a call I received from the BBC.  BBC Radio 5 Live have had hundreds of text messages and calls from people who saw the event, and called me to ask if i new what it was?

The object was most definately a Meteor and would be refered to as a fireball or bolide (an incredibly bright fireball). What also makes me say this was a bolide is the apparent brightness duration (over 5 seconds) and its green tail. Typical of past bolide sightings from around the world.

Many people who saw the object reported a green tail and the reason for this is, the material the meteor is composed of oxidizes as it burns up. Most meteors are metalic and composed of iron with other trace metals. In tonights meteor's case it more than likely contained copper which is green when it oxidizes.

Reports of direction are sketchy, some people say south to North and Some say East to West, so we are unsure of its point of origin at present. Could it be an early chunk of the Geminids Meteor shower which peaks in the morning of the 14th December and is best seen the night before on the 13th through to the small hours? or is it a sporadic meteor? (please see below for mor explanations on what are meteors)

Please report your sightings on twitter using the hastag #meteorwatch or #meteor and join in with the Geminid Meteorwatch on Twitter on the evening of the 13th December 2011 Will it be a shower to remember?

I may be on BBC Radio 5 live at 11 – 11:30pm and will be discussing tonights fireball live from the Astrobunker.

Meteors are usually dust or sand grain sized pieces of rock which speed through space up to tens or hundreds of kilometers a second and when they enter the Earths atmosphere they burn up, creating bright or brilliant streaks across the sky.

Often referred to as "Shooting Stars" they can be seen randomly on most clear evenings and can be few or far between, these are called "Sporadic Meteors". A sporadic meteor can appear anywhere in the sky and from any direction.

You may be lucky enough and by chance to see larger sized pieces of debris burn up in the atmosphere causing very bright and enduring meteors, often referred to as "Fire Balls" or "Bolides". These are quite a sight and can last for several seconds in some cases.

Several times a year and on specific dates we have "Meteor Showers". A meteor shower is usually the left over debris from the tail of a comet which has in the past, passed through the Earths orbit or orbital plane around the sun. Because we know where and when these encounters happened we can accurately predict when the Earth will pass through the debris trail.

Some meteor showers only produce a hand full of meteors per hour and some produce up to a hundred or more meteors per hour. This is known as a "Zenithal Hourly Rate" or ZHR. We can also predict where in the sky or from what direction the meteor shower will come from, this is called the "Radiant".

A meteor shower will get its name from the constellation of stars the radiant occurs in, e.g. Perseids (Perseus), Leonids (Leo) and Geminids (Gemini) etc. A meteor is not to be confused with a "Meteorite" which is a meteor which has struck the surface of the planet, often very small pebble or stone sized.

Meteorites in extreme cases can be large, anything from the size of a football to many hundreds of Meters or Kilometers across. The Meteorite suspected of wiping out the Dinosaurs 65 million years ago, is estimated to have been 6 kilometers in diameter!