Get Comfy the Perseids are Coming

About 24 years ago we had a holiday in a remote location in the west of Ireland. The house was high on a grassy ridge on Bolus Head looking over St Finian’s Bay in Co Kerry.  From this vantage point the 350 million year old Skellig Rocks rose like stegosaurus plates from the Atlantic Ocean. They were 16 kilometres out to sea but their jagged presence dominated the view to the South. It was early August and when darkness fell the predicable blinking of a distant lighthouse was the only manmade object discernable at sea level in the blackness.

One moonless evening, the sky was crystal clear, the summer triangle was dramatically intersected by our galaxies river of stars, so much more touchable than the suburban view.  I lay on the sun -dried grass looking for Perseids, one, two, three, four, five, six, plus several in the corner of my eye within a few minutes.

Time to take action, I went into the house and dragged out several mattresses, and encouraged (made) my family and our guests come outside, lie down and look up. I have a vague memory of sofa cushions being shoved through windows at one point to help the nest building.

As usual they thought I was mad, but soon they were seeing one of the year’s wonders in perhaps the darkest place on our island. We watched for satellites and my mattress guests (two families, four adults, four children) had never seen them either, so in between meteors we looked at these metal objects orbiting about 200 miles up.

A perfect viewing spot, we watched on a slight incline toward Perseus in North East, but the meteors came from what seemed like every direction. We watched many many meteors sizzling into our atmosphere in dots and dashes with long gaps and differing lengths.   The Perseids are the result of   tiny cast – off particles from Comet Swift Tuttle, shed as it passed through our solar system on its 130 year orbit of our sun.  Once a  year the Earth’s journey round our sun brings our atmosphere and these remnants into contact with each other .These particles hit the  atmosphere at huge speeds and burn up thereby offering the observer natural fireworks. Ancient elements revealed by their colours as they vaporise in front of our eyes.

I will never forget the perfection of the viewing, the WOW’s, the laughter, the joy of my family seeing this shower for the first time ever.

Over the years since I have watched the Perseids from a deck chair in my garden, some escape the eye under hazy lights in suburbia. It is always the most exciting shower of the year and rarely disappoints. If you are lucky to have clear skies between mid July and mid August, no equipment is needed, just you and your eyeballs. If you want to fill out an observing sheet to record, the colour, length, duration, direction, location, hourly rate of your Perseids then they are easy to find and fill. 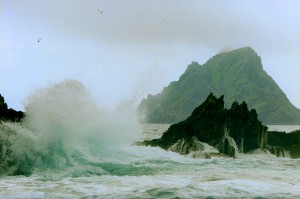