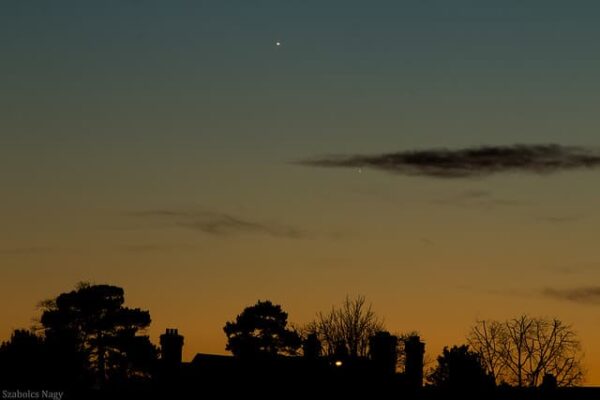 Morningstar Venus: If you’re up early before sunrise this winter, you will notice the unmissable Morningstar Venus. Venus will be shining brightly in the eastern sky before the sun rises. It will also be visible for a short time after sunrise due to being so bright!

Venus became the “Morningstar” early in November and will become more and more spectacular. Read on to find out more.

The first thing we need to get out of the way is, Venus isn’t a star. It’s a planet! It’s the closest out of all the planets in the solar system to Earth. Roughly 41000km at its closest approach.

The Planet is roughly the same size as Earth, but it’s much different. During the Victorian era and early twentieth century, it was thought the planet was a rich tropical world covered in rainforests and exotic jungles. However, in reality that couldn’t be any further from the truth.

Venus is Earth’s evil twin! Nothing lives there due to a runaway greenhouse effect caused through extreme volcanic activity and the lack of a magnetic field. Most of the water has evaporated and blown away by the solar wind and replaced by greenhouse gasses.

Temperatures on the surface are hotter than an oven at over 450°C/  860°F. Not only is it hot, the pressure on the surface is extreme at around 90 times that of the Earth. The equivalent pressure you would encounter at a depth of 3000ft in the ocean. To add to this crushing and roasting environment, there are clouds of sulphuric acid and acid rain. Due to the heat and pressure on the surface the acid rain evaporates before it hits the ground.

To add to this even more, a day on Venus is equal to 116 days on earth. And to top it all off the average wind speed is around 220mph. It really is Earth’s evil twin and not very pleasant at all!

In the late 60’s and early 70’s, a small number of Russian Venera Spacecraft visited the planet. The conditions were so harsh the spacecraft only lasted an average of 60 minutes before they were overcome by pressure and heat.

What To Expect this Winter

Venus will be the or morning star from November 2018 through to March 2019. It will achieve maximum brightness on the 1st of December 2018 with a brightness of magnitude -4.9. This will make the planet the third brightest object in the sky behind the Sun and Moon. It will appear much brighter than the International Space Station and Sirius, the brightest star in the night sky. One of the reasons Venus is so bright is because of its thick dense and very reflective cloud cover.

The Morning Star will be the most striking object in the sky to the naked eye. In large binoculars the crescent of the planet can be seen, and even can be seen even closer in a telescope. Due to the thick cloud cover that shrouds its surface, no detail is visible. 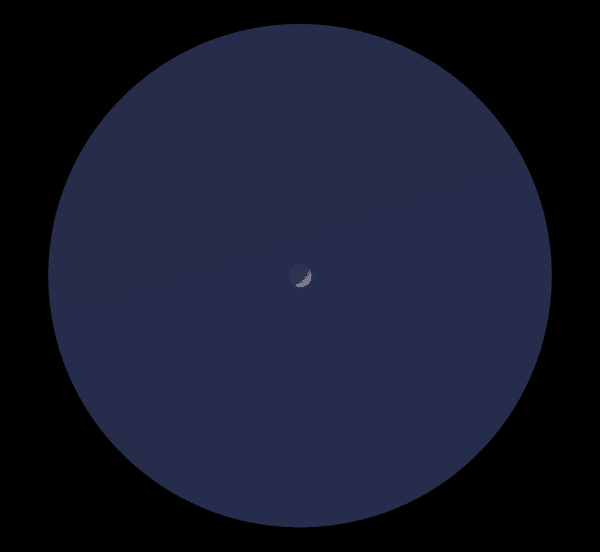 When Will Venus become the Evening Star again?

Venus will not be visible through the summer of 2019 and will be visible in the evenings late November 2019 through to June 2020.