I am often asked or hear about bright fireballs in the sky, often reported by non astronomy minded people, so when you ask where was it and what direction it was travelling etc, you get very sketchy information back like: It was over my house and headed towards town, I think?
Only if you have many sightings of the same fireball can you interpolate where it was and what direction etc it was travelling? Things are going to be made a lot easier if you live in some parts of the United States. 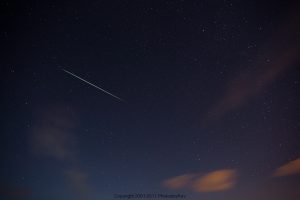 NASA is building a network of "Meteor Cameras" in a few of States in the US called the "All-sky Fireball Network". This is a network of cameras set up by the NASA Meteoroid Environment Office (MEO) with the goal of observing meteors brighter than the planet Venus, which are called fireballs.  The collected data will be used by the MEO in constructing models of the meteoroid environment, which are important to spacecraft designers.

The Network will eventually consist of up to 15 overlapping cameras in north Alabama, northwest Georgia, and southern Tennessee, placed on public buildings and schools. The network will use sensitive black and white cameras which are able to see the whole of the sky (All Sky).
Because the cameras have overlapping fields of view, more than one camera can see the same meteor at the same time, helping in getting data about its trajectory and with clever data collection software, ascertain if the meteor came from a comet or an asteroid. 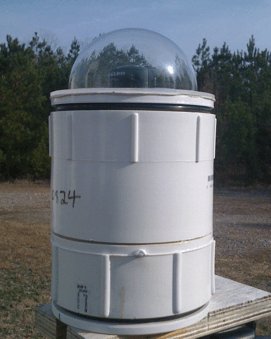 NASA’s All-sky Fireball Network uses ASGARD (All Sky and Guided Automatic Realtime Detection). ASGARD not only handles all the data processing (which is considerable) it also automatically pushes the results to the web. See the results here: http://fireballs.ndc.nasa.gov