Best Apps for Astronomy and Finding The Space Station

What are the Best Apps for Astronomy and Finding the Space Station?

Go to the Apple App Store and Google Play Store and you will find dozens and dozens of apps that claim to do do the above for you. The same goes for many websites.

I use the word ‘claim’ because most provide the information, but they are missing the most vital aspect. What to do with or how to understand that information.

The same actually goes for many, but not all magazines and books. For many ordinary people, the information is either too little or too much and people first showing an interest can find the information bewildering.

The exception to this is some imaging apps such as NightCap Camera for iPhone and iPad. I have a great guide here on how to take great pictures of the night sky and ISS with and iPhone.

Apps, websites, books, and magazines are created and written by experts. They have to be, but this is their biggest flaw. Authors either cram too much or too little information into their app or book etc, leaving the user/reader confused or lacking the help they require.

They are missing the most vital component. A human. A human that can guide, advise, teach, encourage and inspire. Unfortunately, technology isn’t close enough to be able to achieve this currently. This is the conundrum.

So what can we do? What is the best app? Is there one? Yes, there is!

The Best Apps for Astronomy and Finding the International Space Station

Everyone is used to finding out information on their devices nowadays, but depending on your level of interest or experience, there isn’t a single app that can give you all the information you need.

Even experienced astronomers refer to more than one source of information. For example, when I create predictions for space station passes, I use a couple of pieces of bespoke software to create my predictions. If I am away from my desk, I will check more than one app and website to get a clear idea of when and where the ISS is passing over and I stitch this all together using experience.

The bespoke software I mention above is the precursor to an App I may be launching myself in the future.

Things to be aware of…

We are basically looking at astronomy apps and apps that predict ISS passes.

The problem with both is screen size. Many people find translating star charts etc on a small screen to the vastness of the night sky quite difficult and many spend far too much time looking at the devices rather than on the sky. This prevents proper dark adaption and attention to the sky. If you are looking at your phone too much you may miss that epic meteor or fireball.

The second issue is accuracy, especially with Space Station pass predictions. All ISS apps use things called Two Line Elements (TLE’s) to generate the times and position if the ISS or other satellites. A lot can happen in space in a very short time which can render these TLE’s inaccurate. Only recently, I noticed that two of the mainstream apps hadn’t updated and were out by two minutes. It doesn’t sound like much, but that can be a huge chunk of an ISS pass or you could even miss it!

So how do we get around all of this?

There is however another app that can fix all of these issues and make your stargazing and ISS spotting so much more accurate, informative and enjoyable and most of us use it already – Twitter.

That’s right the social media platform Twitter. But why?

Twitter has a massive astronomy scene and it’s easy for people with just a fleeting interest in space and the night sky to find information. Ask a question on Twitter and you will get the answer you are looking for.

Don’t think of it as Twitter, think of it as a massive crowd of people with unlimited amounts of information. Delve as little or as much as you like.

You could download a great astronomy app like Stellarium, any of the ISS apps, or you could buy some really good paper astronomy guides but to really get the most out of the night sky in the 21st Century use Twitter.

With regard to ISS times, follow @VirtualAstro on Twitter for the famous and timely Space Station alerts over the UK. Times can also be found on this website.

Later this year a new breed of astronomy/Space Station tracking app will be launched combining the best of all the apps out there and what humans have to offer. Stay posted. 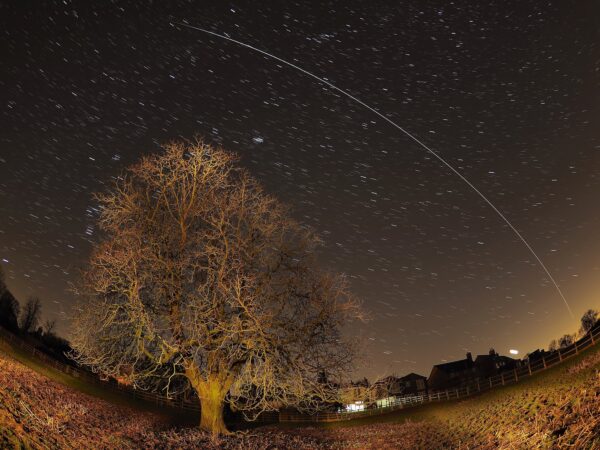 Space Station pass times and details for the UK – Spring 2020

The International Space Station – ISS is back over UK skies with some great evening passes during Spring 2020.

END_OF_DOCUMENT_TOKEN_TO_BE_REPLACED

The International Space Station – ISS is back over UK skies with some great evening passes during January/February 2020.

END_OF_DOCUMENT_TOKEN_TO_BE_REPLACED

The International Space Station – ISS is back over UK skies with some great evening passes during November/ December 2019.

END_OF_DOCUMENT_TOKEN_TO_BE_REPLACED

The International Space Station – ISS is back over UK skies with some great evening passes during September and October 2019.

END_OF_DOCUMENT_TOKEN_TO_BE_REPLACED

Space Station pass times and details for the UK – July 2019

The International Space Station – ISS is back over UK skies with some great evening passes during July 2019.

END_OF_DOCUMENT_TOKEN_TO_BE_REPLACED

Space Station Pass details for the UK – May 2019

The International Space Station – ISS is back over UK skies with some great evening passes during May 2019.

END_OF_DOCUMENT_TOKEN_TO_BE_REPLACED

May 2019 Night Sky Guide. Welcome to the night sky in May. The days are getting longer and temperatures higher, well sometimes.

May 2019 is a great month for stargazing. Spring is well underway and Summer is just around the corner. Warmer shorter nights but well worth staying up for. It’s a great time, whether you are a beginner or seasoned stargazer. There is something for all. This guide is suitable those in the northern hemisphere and also helpful for those with zero experience upwards.

Read on to find out even more about the night Sky in May 2019.