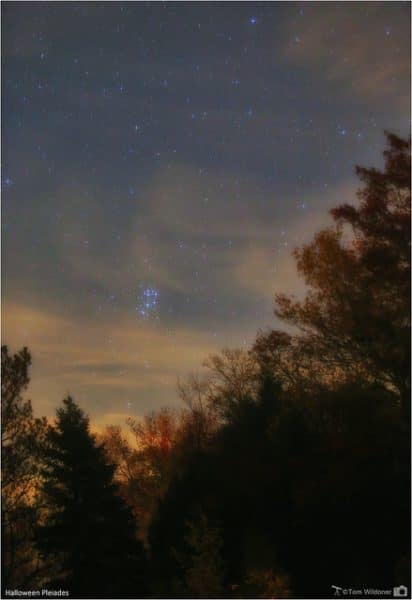 The Pleiades star cluster is the jewel of winter skies. It is an object with many names. It is also referred to as the Seven Sisters, or Messier 45 (M45). The Japanese have their own name for this prominent star cluster also. “Subaru” – meaning to unite.

Read more about this amazing object and how to see it in the night sky.

Yes, the same namesake as the manufacturer of the brand of cars. Look closely at any Subaru vehicle, you will notice the bonnet and boot badges (hood and trunk if you’re from across the pond) also have the stars of the Pleiades emblazoned upon it. 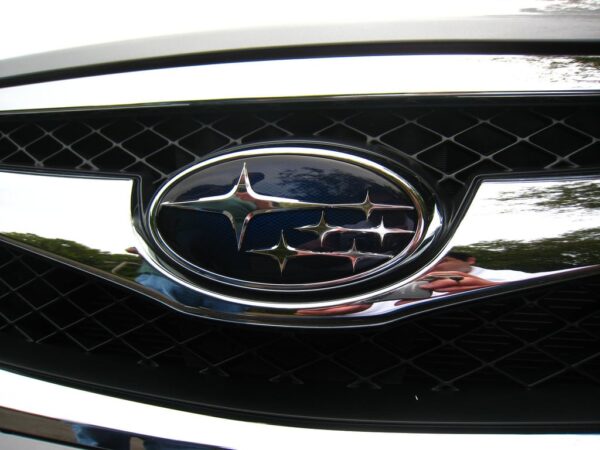 Subaru Car badge – No this isn’t an ad, it’s part of the article

How to Find the Pleiades/ Seven Sisters

The Pleiades are one of the easiest objects to find in the night sky. They resemble a tight cluster of bright stars in the shape of a tiny Big Dipper.

They are easy to find as long as you look at the right time of year. The best time is in the winter and November is the best month to see them. November is when the star cluster is visible from dusk to dawn.

The Seven Sisters are very obvious and therefore easily spotted with the naked eye. I often say they are almost as easy to spot as the Moon. A quick scan of the sky with the naked eye and you will almost certainly spot this bold jewel in the night sky.

Also known as M45 or Messier 45 from the famous Charles messier star catalogue, the Pleiades reside in the constellation of Taurus the Bull. It’s very easy to spot if you wish to star hop and use the constellations of Orion and Taurus. Use the 3 belt stars of Orion and follow an imaginary line through them and to the right to the bright orange star Aldebaran. Continue this imaginary line for a similar distance again to finally find the Seven Sisters/ M45. 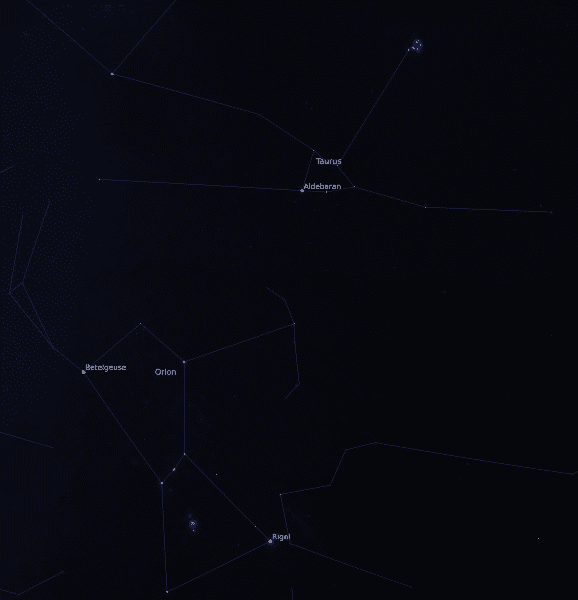 How many stars can you see in the Seven Sisters?

To the passing observer only 5 or 6 stars are visible to the naked eye. In a very dark sky the keen eyed can spot as many as 8 and some even claim to see 11! (That may be down to too much alcohol served at the stargazing event they were attending?)

There are in fact 7 stars visible to the naked eye, however there are over several hundred stars in the cluster itself.

The Seven Sisters in Binoculars or a Telescope

Due to the ease of identifying the star cluster with the naked eye, it’s one of the easiest objects to find in binoculars or a telescope.

In a good pair of binoculars dozens of bright white blue stars pop into view and observers with good seeing and very dark skies may also see faint wisps of gas within the cluster.

Telescopes with low power or wide angled eyepieces can pick out even more. 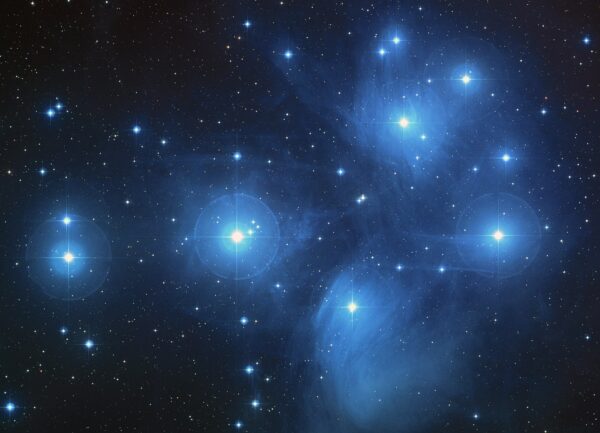 The Myth behind the Pleiades

In Greek mythology, the Pleiads were the daughters of the Titan Atlas and the sea-nymph Pleione. The Seven Sisters names were Alcyone, Asterope, Celaeno Taygete, Maia, Electra, and Merope.

Atlas was forced to carry the sky on his shoulders. Orion took advantage of this and pursued his daughters. Zeus ruler of the gods, feeling sorry for atlas turned the Pleiad nymphs into stars so Orion could never get to them.  Orion is now eternally seen chasing the Pleiades across the sky. 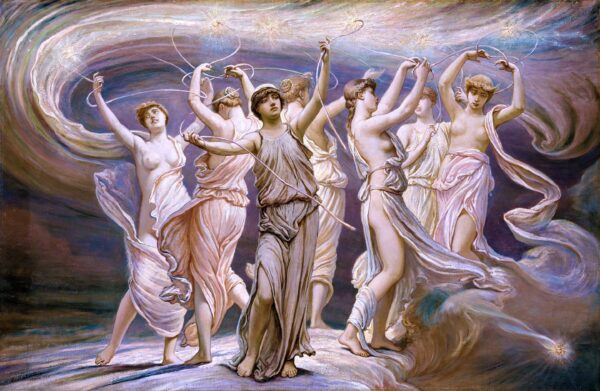 The Pleiades (1885) by the Symbolist painter Elihu Vedder. Credit Wikipedia