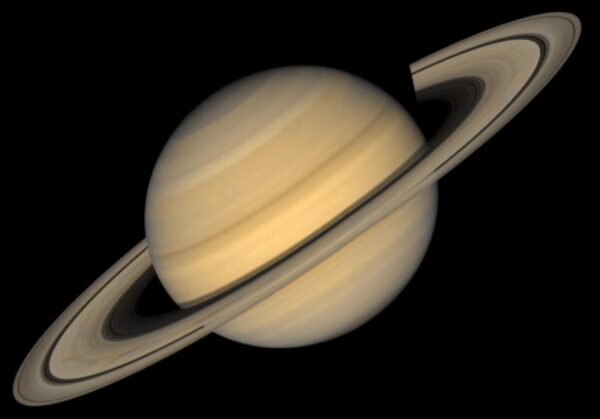 Saturn, Mars and Jupiter will be visible in night skies this month with tiny Mercury toward the end of May. We are in for a real treat as four of the best planets to see will be on show.  Venus shines bright in the mornings just before sunrise.

Planets are usually visible to the naked eye as long as they are present with the exception of Uranus and Neptune.  These two gas giants need fairly large amateur telescopes to be seen as a disc, but can be seen by beginners with smaller telescopes.

In May 2014  Saturn is at “opposition” meaning it’s opposite the Sun from our perspective on Earth. In other words, when the Sun sets in the West, Saturn will rise in the East. This usually makes the planet appear brighter than usual and easier to observe.

To the naked eye planets appear as bright stars and can show colour such as Mars with it’s orange red hue, this is why it’s referred to as the “Red Planet”. To see details such as planet discs, surface, moons and rings of Saturn, you will need a telescope. Bright technicolor images are only visible in pictures taken by dedicated amateurs or with telescopes such as the Hubble Space Telescope.

The Jewel of the planets and the delight of May this year is the ringed planet Saturn. 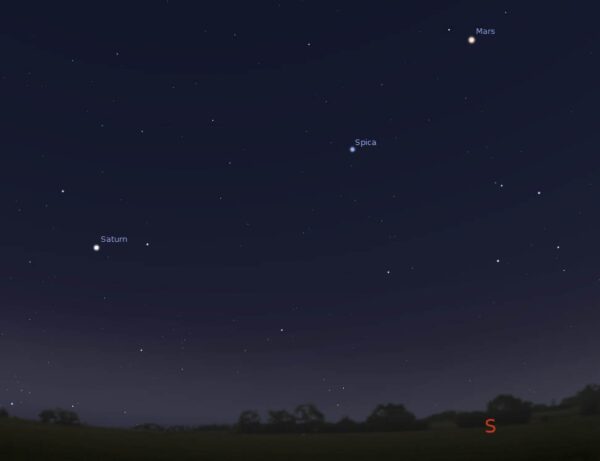 Saturn is at it’s closest and brightest as it reaches opposition on May 10th and will appear as a yellow/ cream coloured star to the naked eye low in the east at after 10pm. It will be visible all night as it travels through the sky throughout May.

To see the full beauty of Saturn and its rings you will need a telescope. A good beginners telescope should show the tiny disc of the planet and shape of its rings and Titan it’s largest moon, a larger amateur telescope such as a Dobsonian or Newtonian may show more detail such as the Cassini division in its rings and cloud bands in good seeing conditions with good eyepieces.

Saturn is the jewel of the Solar System and is one of the must see objects in the night sky – A primary target for any stargazer! 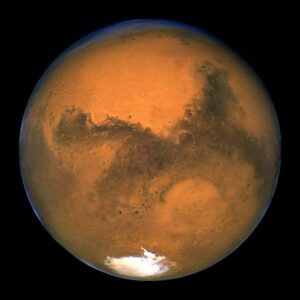 Mars shines brightly throughout May above and to the right of Saturn. To the naked eye Mars is a very bright reddish object also known as the Red Planet. A telescope is required to see the disc and surface features on Mars. A beginners telescope may show an ice cap, but a larger telescope will show more surface detail and possibly sandstorms.

Mars currently has a number of robotic spacecraft orbiting it and has rovers on its surface, there are plans to send manned space missions there too.

Jupiter – King of The Planets 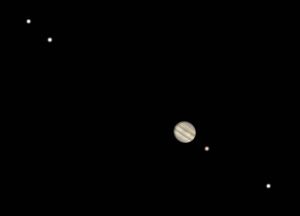 Jupiter is a very bright object low in the western sky this month. It’s easily spotted by the naked eye and good binoculars will show a disc and four Jovian moons. A telescope is required to see more detail such as cloud belts and the Great Red Spot – A hurricane type storm so large it would engulf planet Earth. Sadly Jupiter sets early this month so make sure you are stargazing early to spot it.

Mercury – Closest Planet to The Sun 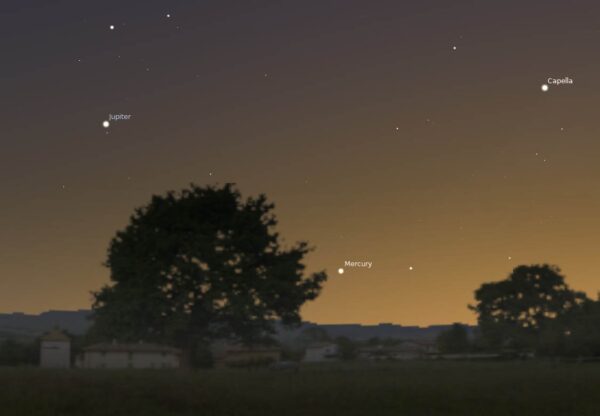 Mercury is the smallest and closest planet to the Sun and the trickiest naked eye planet to see.

It will be very hard to spot early in May as it lies very close to the western horizon, but gets higher and further away from the Sun toward the end of the month.

When looking for Mercury with your eyes, binoculars or telescope USE EXTREME CAUTION! Looking at the Sun directly even for a split second  with binoculars or a telescope without protection (Solar filters) can seriously damage your eyes!

I always wait for the Sun to be below the horizon before I search for tiny Mercury.

Venus – The Morning Star in May 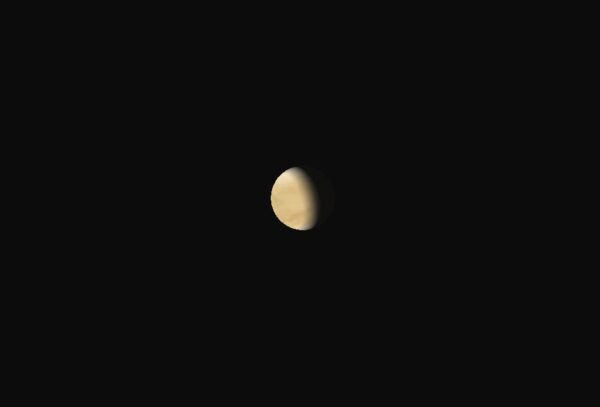 Venus is the second brightest object in the night sky, only beaten by the Moon. It is so bright it is capable of casting shadows!

Venus is very similar in size to Earth, but very different as it’s “Earths Evil Twin”. On the surface the temperature is so hot it can melt lead with crushing pressure and acid rain which evaporates before it hits the ground. The surface of Venus is one of the most hostile places in the solar system, even probes sent by the Russians only lasted a short while before being destroyed by the harsh environment. However, Venus is one of the most beautiful objects in the sky.

Venus is visible in May before dawn as a brilliant object before sunrise. If you point a telescope at it you will see the planet as a crescent (we never get to see the full disc) with the absence of any surface detail.  Venus is shrouded in thick clouds which prevent us seeing anything, but they are also the reason why the planet is so bright, they reflect sunlight.

With Venus as with Mercury use extreme caution especially when using binoculars or a telescope! Don’t point them at the sun, this will blind you! Only specialist equipment can be used to observe the Sun, never do it with ordinary astronomical equipment.

You can see all of the above just using your eyes but if you want to see the planets at their best, you will need binoculars or a telescope to see their detail.

Jupiter, the Moon and possibly Venus are good targets for binoculars, you may even see detail on other planets such as Saturn if you use a tripod or rest. Detail will be small in binoculars though but they are a great economical tool for scanning and discovering many different objects in the night sky.

For stargazing I recommend either the Celestron Skymaster 15 x 70 or Skymaster 25 x 70 binoculars. A cheap tripod is a good idea or resting them on or something to keep them steady preventing your arms getting tired.

A telescope is a must if you want to see more detail on planets such as Saturn and not just a point of light.

Usually the larger the telescope the more detail can be seen, but full technicolor images are the domain of the photographer or Hubble and you won’t get the same results visually. A combination of good telescope and eyepieces usually gives good results. Trial and error plus a good idea of what you want to do with your telescope is very important.

Always research what you want to do. I use dobsonian telescopes as I prefer to just use my eyes with a telescope and I also prefer simplicity. No cameras, no motors and no computers to distract me or go wrong. I point and observe – Simples!

Some people want computer control with this and that. Be warned however, GoTo telescopes can sacrifice good optics for computers and be expensive.

There are many choices and arguments to be made so here are some guides to help you choose the right telescope:

Enjoy the night sky in May and don’t forget to look up!