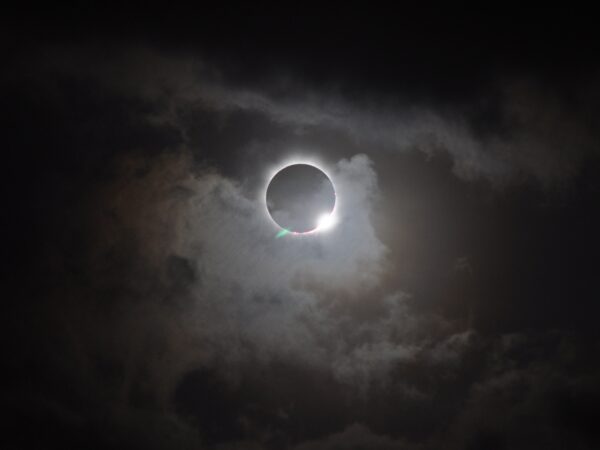 A Total Solar Eclipse – One of natures ultimate sights will be visible on March 20th in the North Atlantic.  It makes landfall on the Faroe Islands and the Islands of Svalbard.

A partial solar eclipse will be visible over Europe with its effects being noticed most in the UK.

A solar eclipse occurs when the Moon passes between the Earth and the Sun blocking it’s light from reaching us.

Usually a total solar eclipse will show a corona around the Moon and the keen eyed may even see prominences and the suns magnetic field around it.

One of the greatest sights to behold is the infamous “diamond ring” where a tiny fraction of the sun is still visible before totality mimicking a huge diamond ring in the sky. – Eerie and beautiful as the sky darkens dramatically.

Unfortunately this will not be visible from Europe but a partial solar eclipse will be visible with greatest coverage in Scandinavia and the UK. 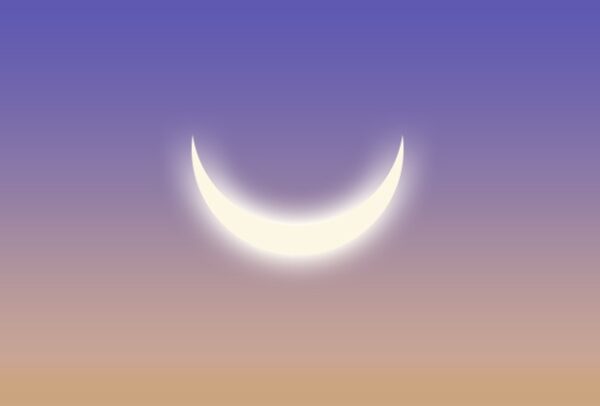 Partial Eclipse as it will appear in southern England 20th March. Credit: meteorwatch.org

A partial solar eclipse is where the eclipse doesn’t reach totality from the observers location.

The observer, Moon and Sun need to be lined up perfectly for totality to be seen.  With a partial eclipse the observer will see the Moon pass in front of the sun and depending on where you are observing from the Sun will be reduced to a crescent.

This will be most noticeable in Northern Scotland with around 90% of the Sun being covered and approximately 85% in Southern England.

How and When to Watch the March 20th Solar Eclipse

DO NOT LOOK AT THE SUN DIRECTLY, THROUGH BINOCULARS OR A TELESCOPE!!!  This will damage your eyes and may permanently blind you!  Only specialist solar filters for telescopes and binoculars can be used safely!

There are a number of different methods for viewing a solar eclipse including projection and pinhole viewers etc, but the simplest and easiest way is to watch the eclipse through special eclipse glasses.  There are many brands and types available, read the reviews and feedback before buying and make sure you get them in time for the eclipse.

There is a selection of eclipse glasses on sale here.

Times will be within 10 minutes of these and later the further north you go so make sure you are ready to see it. Many Thanks to The Great American Eclipse.com for the use of their images and video