It’s Noctilucent Cloud season here in the northern hemisphere. These rare clouds – the name means “night-shining” – only appear in the sky at specific times of night and times of year, and the next three months (mid-May till mid-August) are the best time for northern stargazers to spot them (southern stargazers get a chance between mid-November and mid-February).

These high thin clouds are seen in deep twilight, and as the name suggests they look lit up, as indeed they are. When the Sun is between 6 and 16° below the horizon, that is during nautical twilight and much of astronomical twilight, its light can still shine on these high clouds, floating 80km up in the atmosphere. Check out your twilight times and head outside on a clear night to try and spot them.

In addition to these restrictions in time only stargazers between 50° and 65°N can see them. That’s most all of the UK, so we’re ideally placed for hunting NLCs.

No one’s quite sure why they form, and indeed they weren’t seen (or at least weren’t reported) before 1885, and so there is some suggestion that they’re linked with man-made climate change. Whatever the case they are beautiful clouds to see, so take the chance over the next few months.

Soon you may see an eerie spectacle on clear summer nights if you are located at latitudes between 50° and 70° north and south of the equator: Noctilucent Clouds.

These ghostly apparitions are a delight to see and are quite rare. It is incredibly difficult to predict exactly when they will appear, but we do know they should begin to appear soon.

The season for Noctilucent Clouds (Noctilucent = Latin for “Night Shining”) starts early June and continues into late July. They are seen just after dusk, or before dawn and an apparition can last around an hour.

These mysterious clouds, with their bizarre tenuous wispy shapes reminiscent of ripples in sand or the changing surface of a pool of water, spread like a glowing web across the northern sky. Colours can range from brilliant whites, with tinges of blue, pink and orange. 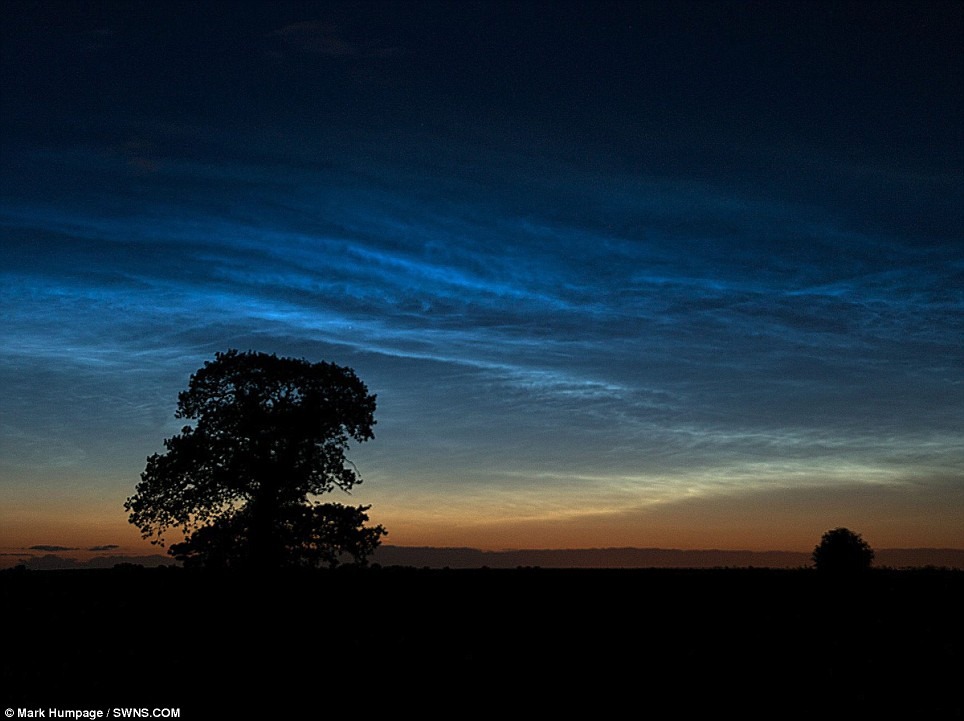 Formed by tiny ice crystals, they are the highest clouds in the Earth’s atmosphere, located in the mesosphere at altitudes of around 76 to 85 kilometers (47 to 53 miles) almost at the edge of space.

They are normally too faint to be seen, and are visible only when illuminated by sunlight from below the horizon, while the lower layers of the atmosphere are in the Earth’s shadow. Noctilucent clouds are not fully understood and are a recently discovered meteorological phenomenon, only being recorded for about 120 years.

Noctilucent clouds can only form under very restrictive conditions, and their occurrence can be used as a guide to changes in the upper atmosphere. Since their relatively recent classification, the occurrence of noctilucent clouds appears to be increasing in frequency, brightness and extent.

There is evidence that the relatively recent appearance of noctilucent clouds and their gradual increase, may be linked to climate change. Another recent theory is that some of these bright displays come from particulates and water vapour in the atmosphere left over from Space Shuttle launches.

How can you see Noctilucent Clouds?

Over the next couple of months look north during dusk and dawn and try and spot this mysterious and elusive phenomenon. They are best seen when the sun is between 6 and 16 degrees below the horizon, and seem to occur more frequently in the Northern hemisphere than the Southern. 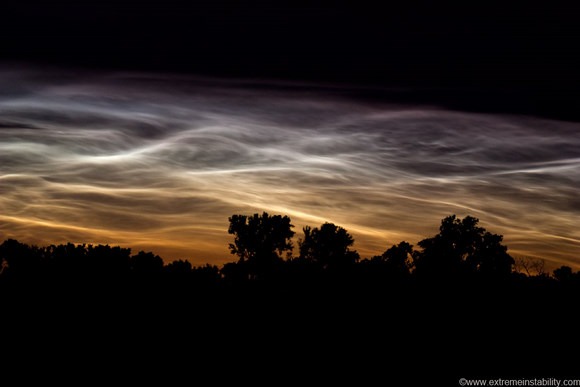