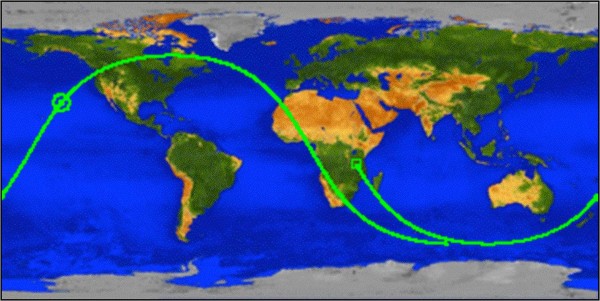 WASHINGTON – NASA’s decommissioned Upper Atmosphere Research Satellite (UARS) fell back to Earth between 11:23 p.m. EDT Friday, Sept. 23 and 1:09 a.m. Sept. 24, 20 years and nine days after its launch on a 14-year mission that produced some of the first long-term records of chemicals in the atmosphere.

The precise re-entry time and location of debris impacts have not been determined. During the re-entry period, the satellite passed from the east coast of Africa over the Indian Ocean, then the Pacific Ocean, then across northern Canada, then across the northern Atlantic Ocean, to a point over West Africa. The vast majority of the orbital transit was over water, with some flight over northern Canada and West Africa.

Six years after the end of its productive scientific life, UARS broke into pieces during re-entry, and most of it up burned in the atmosphere. Data indicates the satellite likely broke apart and landed in the Pacific Ocean far off the U.S. coast. Twenty-six satellite components, weighing a total of about 1,200 pounds, could have survived the fiery re-entry and reach the surface of Earth. However, NASA is not aware of any reports of injury or property damage.

Because of the satellite’s orbit, any surviving components of UARS should have landed within a zone between 57 degrees north latitude and 57 degrees south latitude. It is impossible to pinpoint just where in that zone the debris landed, but NASA estimates the debris footprint to be about 500 miles long.

For more information about UARS, visit: 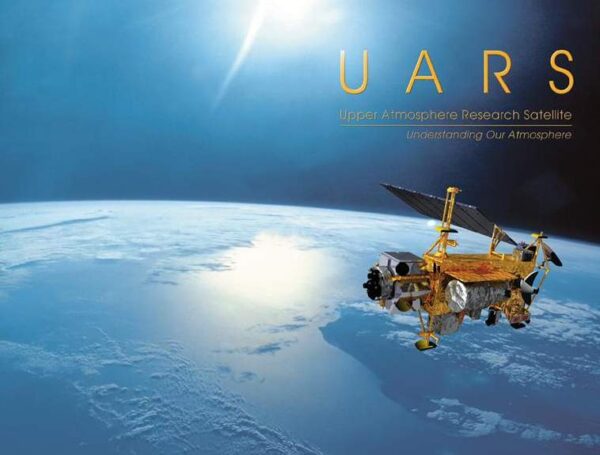