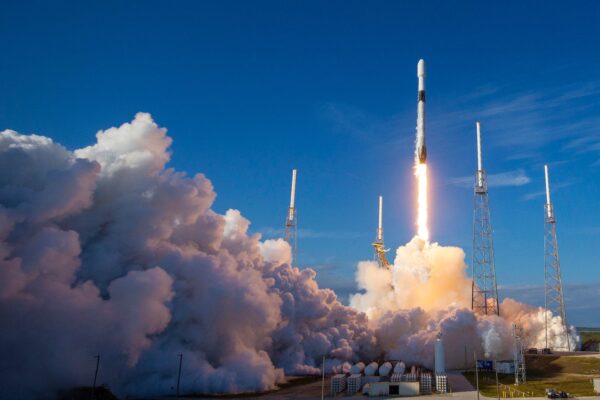 The newly launched payload may also be visible over the UK later in the evening. Looking similar to what the Space Station looks like when it passes over, but less bright. If so, It may be possible to see the satellites start to deploy as the group of objects pass over. A train of satellites resembling a string of pearls across the sky may occur later and following evenings after. More info on how to see the train of new Starlink satellites as well as ISS passes will be posted by @VirtualAstro on twitter and Facebook. The first visible pass will be confirmed with details posted closer to the time.

This is the 13th batch of Satellites, designated Starlink 12. This will bring the current total of Starlink Satellites in orbit to just under 800.

The launch is scheduled for 19:19 BST (UK Time). This may change so stay up to date on launch timings with @VirtualAstro on twitter and Facebook.

The final stage of the rocket and its cargo of starlink satellites will pass over the UK approximately 20 minutes later. Brightness and visibility are unknown, but it should be visible to the keen eyed. Follow @VirtualAstro on twitter and Facebook for more info. Approximate pass details are listed below.

Don’t miss it! It’s not often that we see a spaceship fly over with the naked eye.

How to Watch The Starlink Launch and Later Pass

You can watch the launch live below.

Approximate pass details are listed below the video

The falcon 9 final stage will pass over the UK at approximately 19:38 BST and may be visible for around 4 minutes. There are no guarantees that it will be visible, but should be to the keen eyed. 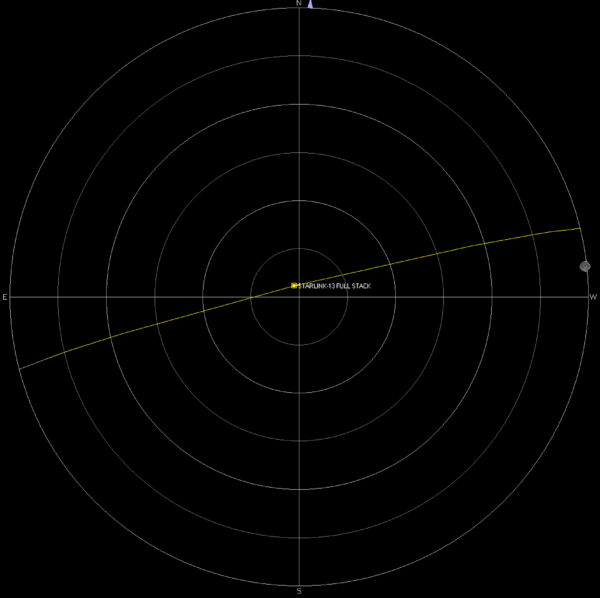 There is a low short pass of the newly deployed Starlink Satellites at 21:11. However it will be near impossible to see as it goes into Earth’s shadow as soon as it rises.

Enjoy watching tonight’s launch and good luck spotting the spacecraft as it flies over after.